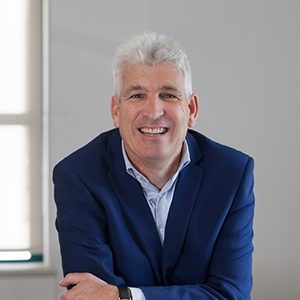 Digital Disruption – How Do Local Manufacturers Measure Up?

It’s no secret South Africa has been a little slow on the uptake of emerging technology like robotics and machine learning. But all this is about to change as local companies prepare to disrupt or be disrupted.

Digital transformation is rapidly headed our way and those that don’t respond will find themselves in crisis.

This is especially the case in manufacturing where significant room for disruption still exists. But the industry is still lagging behind other sectors when it comes to critical tech adoption.

According to a recent report commissioned by SYSPRO from leading technology market research organisation, World Wide Worx, transformation in the manufacturing sector has been slow across every major tech area.

And the results, which are based on interviews with 400 IT decision-makers at large local enterprises, are a call to action for those currently being left behind.

The Pervasive Role of Robotics

Nowhere is this more evident than in robotics where just 6.2% of respondents indicated they currently use this technology. We can expect this to rise dramatically though as 52.4% of organisations say they have plans to use robotics.

The manufacturing industry currently lags just a bit behind this curve, with 5.8% of respondents saying they use robotics. Perhaps more concerning though is that only 44.3% of manufacturers plan to use the technology, especially when one considers that robotics will play an increasingly important role in manufacturing, whether by eliminating errors, and increasing efficiencies and productivity, or by plugging critical skills gaps.

Unlike robotics, IoT seems to have taken local enterprises by storm – in fact a noteworthy 66.1% of respondents say they currently use IoT. And manufacturers are not too far behind, with 61.2% revealing they use the technology. Also on the positive side is that 84.6% of all enterprises not currently using IoT indicated that they plan to use it.

This is an encouraging trend, for manufacturing especially, where operations can be enhanced considerably by IoT as it connects all assets across the workplace in the establishment of a valuable network of information. From improving efficiencies to promoting customer centricity, IoT is a good way for manufacturers to speed up return on investment.

Business Models Based on Big Data

Though the power combo of big data and machine learning is literally pegged to upend business models, a paltry 13.4% of enterprises currently use the technology. And while 63.3% of respondents indicated that they plan to start using it, this was significantly less in manufacturing where only 51% of companies plan to use big data and machine learning.

It’s a remarkably low statistic when one considers that this technology holds the key to fine tuning product quality and optimising operations.

Businesses across the board are still battling to come to grips with blockchain. It’s therefore not surprising that only 2.9% of manufacturers and 3.2% of enterprises in general currently use the technology. Also interesting is that 59.5% of organisations have plans to use the technology, though this is markedly less in manufacturing where this is the case for just 27.2% of companies.

In fact, some manufacturers may not yet realise the value blockchain is pegged to bring to the industry.

Because the data in blockchain is decentralised, it enables you to maintain a shared database which is continually reconciled. The benefits of this are endless, from increased transparency to the streamlining of industrial processes.

While there is perhaps less hype surrounding virtual reality (VR) and augmented reality (AR) than other tech trends in the manufacturing space, the technology definitely has a role to play in assisting engineers to design better products. It also promotes increased safety, allowing workers to run through safety procedures in a simulated work environment.

The bottom line – it’s disrupt or be disrupted. Now is the time for businesses to ensure they have critical tech in place to remain on the right side of the coming change.