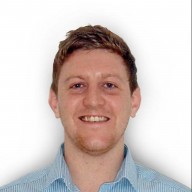 The Endless Capabilities of Windows 8

Three syllables which currently polarize opinion wherever you look and whoever you talk to: Windows 8.

I won’t bore you with yet another opinion on whether Windows 8 is going to make or break Microsoft, whether the versions on sale are going to confuse consumers or whether Apple is going to become the all-conquering tech giant off the back of this. What I will share with you is what I’m looking forward to seeing and using in the new Operating System (OS), and how this will affect my personal and professional life for the better.

One of the major developments that comes with Windows 8, and one that will hopefully make my life so much easier both personally and professionally is the availability of the Windows 8 Skype application following Microsoft’s acquisition of the company last year. I’m sure I am preaching to the converted here, as Skype not only allows us to collaborate day-to-day at K3 Syspro but it has also allowed me to speak to my younger sister during her travels to Vietnam, and a friend from a cruise ship in the middle of the Pacific Ocean! Skype is a fantastic collaborative tool and I can’t wait for this integration in Windows 8 to further progress this technological wonder.

Another feature I am very much looking forward to is a feature called “Hyper-V.” Network administrators, server support, and technical support will already be familiar with this product, which has been mainstream in Windows products since its inclusion in Windows Server 2008. Hyper-V (short for “Hypervisor”) is a special combination of software and hardware on a computer that allows the machine (called the “host”) to run a number of “software” machines. These “software” machines (most commonly referred to as “Virtual Machines” or “Guests”) run and act just like any other physical computer, laptop or PC – it just isn’t sitting on the desk next to you!

In terms of Windows 8, Hyper-V is a built-in feature and the possibilities this brings to someone like me, working on SYSPRO support, is that a Windows 8 laptop can run a number of different versions of SYSPRO on a number of different Operating Systems. I could have one “virtual machine” running SYSPRO Issue 009 on a Windows 2000 Operating System to replicate one customer’s live environment whilst another virtual machine might be running SYSPRO 6.1 SP1 on Windows 7 to replicate another customer’s live setup. This will mean a quicker, more controlled and efficient turnaround of customer’s issues and training queries, improving the customer experience – something we strive for in the SYSPRO community.

As for the doubters of this new OS, I prefer not to look at this as make or break for Microsoft, more a progression in technology that will spur businesses on to think about more changes and advancements. For me, I foresee companies sending field engineers, account managers and sales staff out with Windows tablets running the exact same programs as they do on their Windows 8 desktops in the office. The data that they collect on-site will be invisibly synchronized so that it is available real-time to office-based staff. The way I choose to look at this situation is perfectly summed up by Dan Kraemer of IA Collaborative when he says “We can think of Windows 8’s approach not as a right versus wrong, but as evidence of the progression of a category“.

Over the coming months, I look forward to influencing some of the internal processes at K3 SYSPRO to enable a better customer-helpdesk experience, and I will be evaluating the possibilities in this new incarnation of the Windows product family when doing so. Technological progression is the name of the game and I look forward to witnessing how companies leverage the advances of this OS over the coming months and years.

And for anyone worried about the changes that Windows 8 will bring to their working day, watch this video to see how a three-year old intuitively manages to use the new Windows 8 “Metro” interface.

Windows 8 is here, embrace it!